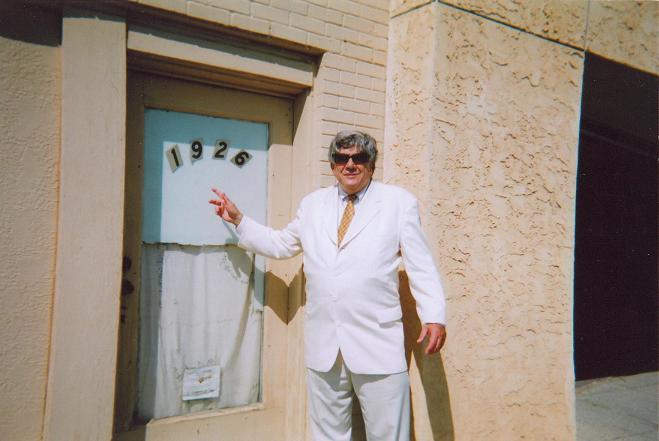 Mr. Burris was born in Brooklyn, New York on September 7, 1943.  He received a B.A. Degree with honors from Alfred University in 1965 and a J.D. with honors, graduating first in his class at the Georgetown University Law Center in 1969.  While attending Georgetown, Mr. Burris was a member of Pi Gamma Mu, Editor-In-Chief of the Georgetown Law Journal and participated as a voting member various student-faculty committees.   In 1970, he served as Law Clerk to Judge James R. Browning, United States Court of Appeals for the Ninth Circuit.  Since that time Mr. Burris has had a distinguished career as a trial and business attorney in the District of Columbia and for the past thirty-one (31) years in Los Angeles, California. Mr. Burris has also served on the faculties of the Georgetown Law Center and Loyola University of Los Angeles Law School and has been a contributing author of numerous articles and sections of various textbooks relating to his professional and teaching activities and has been selected as a member of the board of directors for a number of entities, including Jinpan International Limited (JST), a publicly-traded corporation which manufactures cast coil transformers for power distribution and whose manufacturing facility is located in Haikou, Hainan Island, China.

Mr. Burris, the senior founding partner in the AV-rated firm of Burris & Schoenberg, LLP, has been actively involved in a national and international business litigation and business practice based first in Washington, D.C. and later in Los Angeles, California.  He is admitted to practice in California, the District of Columbia and Maryland and has been involved in cases in state and federal courts throughout the United States, including the United States Supreme Court and cases before international tribunals.  While engaged in private practice, Mr. Burris was an Adjunct and Associate Professor at the Georgetown Law Center from 1972 to 1976, served as Special Counsel to the United States Senate Watergate Committee from 1973 and 1974 and taught as an Associate Professor at the Loyola University of Los Angeles Law School between 1976 and 1979.

Mr. Burris has periodically sat as a Judge Pro Tem at the Santa Monica, California Superior Court since 1987.  He has also lectured on an annual basis for the International Law Institute's Orientation in the United States Legal System Program in Washington, D.C. since 1976 and has participated in the development and teaching of a course at the Institute designed to educate foreign lawyers as to the American legal system.  He is actively involved in the LA West American Inns of Court and the Beverly Hills Bar Association Business Law Executive Committee, has been designated as an expert witness in a number of cases with regard to various legal issues relating to various aspects of litigation and legal ethics and has served as an approved defense counsel for a number of insurance carriers and other institutional entities.

During his thirty-six (36) years of practice, Mr. Burris' clients have varied in size and have included companies involved in a number of enterprises such as venture capital, publishing, international trade, technology, shipping, manufacturing, entertainment, and the apparel trade, and have further ranged from small and medium-sized entrepreneurs to large publicly traded entities such as Jinpan International Limited, whom he currently serves as a director, and Banque Colbert, a subsidy of Credit Lyonnais, formerly the national bank of France.   In the course of representing these clients Mr. Burris has been called upon to perform diverse tasks ranging from overseeing litigation as lead or local counsel to the providing of legal opinions as to proposed corporate actions to supervising the actual acquisitions or sales of businesses.

For the past five years, Mr. Burris has worked with Mr. Schoenberg in the successful pursuit of art works and other assets stolen by the Nazi authorities before and during World War II.  The culmination of these efforts was the case of Altmann v. Republic of Austria 541 U.S. 677 (2004), at the conclusion of which the Austrian Government was ordered to, and did, return to the firm's clients' possession a number of priceless historic paintings by Gustav Klimt.  Mr. Burris has been called upon to lecture about these experiences at a number of venues, including the Vanderbilt Law School, Pepperdine Law School, Texas Tech Law School, and the John Marshall School of Law, and authored an article for the Vanderbilt Journal of Transnational Law entitled Reflections on Litigating Holocaust Stolen Art Cases. He is currently working on a sequel to that article.