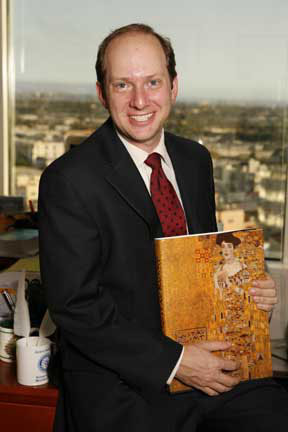 E. Randol Schoenberg is of-counsel and was the co-founding partner of Burris, Schoenberg & Walden, LLP, where he handled a number of complex business litigation matters, specializing in cases involving looted art and the recovery of property stolen by the Nazi authorities during the Holocaust.  Mr. Schoenberg has tried and argued cases before the United States Supreme Court, Second and Ninth Circuit Court of Appeals, United States District Court, California Court of Appeal and the Los Angeles Superior Court.  During the past decade, he has litigated several prominent cases, including Republic of Austria v. Altmann case. In the Altmann case, he sought return of six famous Klimt paintings to his client. After persuading the United States Supreme Court that Maria Altmann could sue Austria for return of the paintings, he agreed to arbitrate the dispute in Austria. In January 2006 the arbitration panel decided that the paintings, valued at over $325 million, should be returned to Mrs. Altmann.  In 2007, Mr. Schoenberg received the California Lawyer Attorney of the Year award for outstanding achievement in the field of litigation.  He also received the 2006 Jurisprudence Award from the Anti-Defamation League and the Justice Louis D. Brandeis Award from the American Jewish Congress.

Mr. Schoenberg graduated from Princeton University with a Bachelor of Arts in Mathematics in 1988 and a certificate in European
Cultural Studies. In 1991, he received his Juris Doctor degree from the University of Southern California.